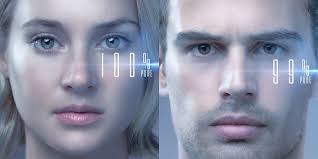 A few centuries ago, The United States Government became interested in enforcing certain desirable behaviors in its citizens. There had been studies that indicated that violent tendencies could be partially traced to a person's genes-a gene called the murder gene was the first of these, but there were more, genetic predispositions toward cowardice, dishonesty, low-intelligence, selfishness and cruelty-all the qualities that contribute to a broken society. The government tried to reduce the risk of these undesirable qualities showing up in the population by correcting them, in other words, by editing humanity.

A genetic manipulation experiment was born. People were selected in large numbers, according to their backgrounds and behaviour, and they were given an opportunity to give a gift to the future generations, a genetic alteration that would make their decedents just a little bit better. But when the genetic manipulation began to take effect, the alterations had disastrous consequences. As it turns out, the attempt had not resulted, in corrected genes, but damaged ones.

Humanity was never perfect, but the genetic alterations had made it worse than ever before. That manifested itself in what was called the 'Purity War'. When the war was over, the people demanded a permanent solution to the genetic problem.

That is when the Bureau of Genetic Welfare was created. They designed experiments to restore humanity to its genetically pure state. They called for genetically damaged individuals to step forward so that the Bureau could alter their genes. The Bureau the placed them in secure environments to settle in for the long haul, equipped with basic versions of the serums to help them control their society. They would wait for the passage of time-for the generations to pass, for each one to produce more genetically heals humans, or as we call them, the Divergent.

If you are Divergent, your genes are pure, whole and restored.

Tris Prior's town, Chicago, was one of many experiments, and the most successful one. There are only 3 active experiments.

However, not everyone was genetically pure, such as Caleb Prior and Uriah Pedrad . That means they are still genetically damaged.