Marcus Eaton is the father of Tobias Eaton, the former husband of Evelyn and the leader of Abnegation.

Marcus Eaton is one of the 5 Chicago city council members and the Abnegation faction leader. Abnegation runs the government of Chicago, since they are seen as "selfless" and the most trustworthy faction until they are accused of corruption by Erudite. Tris' father Andrew Prior reports to Marcus Eaton, who is the most powerful leader of the 5 faction city council. Erudite had recently published reports accusing Marcus of abusing his son, Tobias. Before Tris left Abnegation and joined Dauntless, Tobias (aka Four) chose to transfer from Abnegation to Dauntless, which in the Chicago faction culture was seen as a negative by the other factions, since most children within a faction are expected to remain in their own factions with rare exceptions. Both Tris and Four left Abnegation for Dauntless, and this was used as evidence by Erudite that the Abnegation faction was driving out its own children due to corruption and abuse,

Andrew tells his children, Beatrice and Caleb, that it's not true, and the Erudite are just making up stories to discredit him due to the Erudite's disliking of the Abnegation.

Marcus, as an Abnegation leader, makes a speech on the faction system when both Beatrice and Caleb are deciding which faction to be a part of, talking about how the faction system was created in order to bring peace to their society after war happens. After his speech, Beatrice chooses Dauntless, while Caleb chooses Erudite.

Now going by Tris, Beatrice goes through the fear landscape of Four, her Dauntless training instructor. She finds out Four is actually Tobias Eaton, Marcus' son, and that Erudite was correct when they accused Marcus of beating Tobias. When Marcus shows up in Tobias' fear landscape, Tris prevents Marcus from hitting him with a belt, instead grabbing the belt and hitting him. Tobias later shares with Tris how he never wanted to be part of Dauntless leadership when he was asked to because he didn't want to speak to or see his abusive father.

Marcus is later seen with several Abnegation members hiding out from Dauntless soldiers, who are under simulation by Erudite to destroy Abnegation. Tris comes there, looking for Andrew. She tells them about the simulation and says she can shut it down by getting to Dauntless headquarters. Marcus comes with Andrew, Caleb, and Tris to Dauntless. When Tris shoots Peter Hayes in order to reach the simulation room, her father is upset because, like most Abnegation, he believed that the act of violence was unnecessary. Tris reminds him, though, that Abnegation members' lives are at stake while the Dauntless each become murderers. Marcus supporters her stance saying, "Sometimes pain is for the greater good." Andrew later sacrifices himself in order to help Tris get to the control room.

Tris is able to shut down the simulation with help from Tobias, who was under simulation at Dauntless until Tris helped him fight out of it. Tobias recognized Tris' voice and was no longer under the simulation. Marcus is later seen when Tobias and Tris find him and Caleb, and he hugs his son, though Tobias is scared of him. Tris shoves Marcus away, and tells him she knows he abused Tobias. Marcus tries to deny it, but Tris sees right through it. She tells Marcus that Tobias has a right to shoot him, but if he doesn't stay away from Tobias, she'll shoot him herself. Marcus turns away, not able to say anything to her. He later gets onto the train with Caleb, Peter, Tobias, and Tris so they can escape to Amity headquarters.

He is again seen in the Candor Headquarters, where he reveals himself to be a Divergent. Tobias beats him up in the cafeteria there to prove he is not afraid of Marcus.

In the film, Marcus is seen approaching Four and Tris as they care for some of the horses. He is about to speak of Tris's parents, but Tris intervenes, telling Marcus to leave them alone, and Four becoming angry. Marcus replies between the two of them, stating, "I am not the enemy here." and he walks away from the scene.

Marcus is not seen again until the Erudite invade Amity. He demands that they leave the escapees alone, knowing his son, Tobias, is there with Tris and Caleb fleeing from Amity. After begging him to get down, one of the guards knocks Marcus unconscious. The film skips to Tobias, who witnesses his father being knocked down. It seems time has slowed down at that point, as Tobias feels some remorse for his father, despite the years of suffering he put his son through.

Marcus is not seen again during the movie until the video is released, and he is seen with Johanna, as the camera shows how the factions react to the releasing of the video.

In Allegiant, Johanna Reyes recruits Marcus into the Allegiant (though she tells him they are no longer friends). After being interrogated by Evelyn, he is exiled, and made to live outside the city. However, he stays and instead joins the Allegiant. In the end, when Evelyn came to negotiate a treaty, Johanna reminds Marcus that she is the leader of the Allegiant and accepts Evelyn's offer as Marcus was about to decline it. Marcus was originally Abnegation and is still Abnegation. He was the leader of Abnegation. His son Tobias is known to transfer to Dauntless. He was abusive to his wife, Evelyn and his son Tobias. It is unknown how he dies.

Marcus was shown to be a man of morals. However, he is hypocritical in that he believes he is allowed to abuse others to punish them, such as when he beats Tobias for keeping 'illegal' or self-indulgent trinkets.

Marcus and his son are not on good terms. Marcus was a recurring feature in Tobias' fear landscape, bringing back memories of his childhood beatings and later on showing his fear of becoming like Marcus. Marcus had abused his son on countless occasions for sometimes no reasons at all. In Insurgent, Tobias attacks his father in front of a large crowd of Dauntless when trying to prove he is not a coward, as Dauntless members had been teasing him for running from Abnegation and his father. They had been told of Tobias' past with his father when Tobias was given Truth Serum from Candor and was to spill his secrets to everyone. However, when Marcus got knocked down by a solider, Tobias almost felt sorry for him, even though he had beaten him.

Evelyn is Marcus' ex-wife, However, Evelyn had an affair and may or may not have been exiled from Abnegation. In Allegiant, Marcus' fate is with Evelyn, but she chooses to exile him rather than kill him.

Marcus has an uneasy relationship with his son's girlfriend. Originally Tris' father is very good friends with Marcus, but Tris is unaware of the truth of what he had done to his son,Tobias. Later, she finds out that he abused Tobias. However, by the end of Insurgent they form an unlikely alliance in order to retrieve crucial information from Jeanine's computer in the Erudite compound. Even though they form an alliance Tris occasionally gets very mad at Marcus and warns him that she will never help him if someone tries to kill him.

We first see Marcus and Johanna together in Insurgent. They have been friends for a long time. However, in Allegiant, Johanna Reyes finds out the truth about Marcus' cruelty to Tobias and refuses to be his friend any longer.

Peter and Marcus seem to get along well. While Tris, Tobias, Caleb and Susan Black escape Amity together, him and Peter also ally to get out other than being allies they are nothing else.

He was married to Evelyn but she had an affair and, with the help of Abnegation, staged her death and funeral.

Marcus is described as looking similar to his son Tobias particularly as having similar colored, dark blue eyes. Because of Abnegation tradition, his hair is shaved close to his head. He is also described as tall and slim but not as tall as Tobias.

When having dinner on the night before the choosing ceremony, Andrew talks about Marcus in a positive way, clearly thinking highly of him.

When Tris meets up with Tobias and some of the Abnegation (after the Dauntless round up the Abnegation), Tris sees Marcus and is clearly disgusted by him, as she knows that he abused Four. When Four, Tris, Caleb , Marcus and Peter ride the train to the end of the line, Four can barely look at his father. 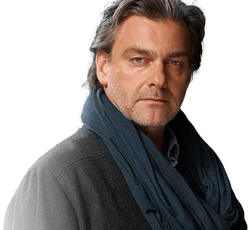 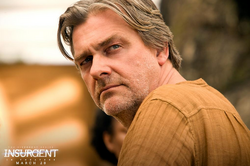 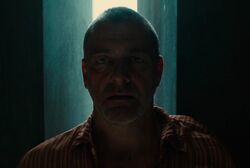