Veronica Roth (born August 19, 1988) is the American author of the Divergent Trilogy. Her mother Barbara Ross is Polish and her father is German. She has two older siblings, a brother and a sister. Roth married to in 2011 and they reside in the Chicago area. She sold film rights to Summit Entertainment. Her height is 5'11" and her birthplace is New York City. She then wrote the second book, Insurgent, which was released in 2012. The third and final book, Allegiant was released the following year. She recently released a new book in the Divergent Series named "Four".[1]

Q: What advice would you offer to young aspiring writers, who long to live a success story like your own?

Roth: One piece of advice I have is: Want something else more than success. Success is a lovely thing, but your desire to say something, your worth, and your identity shouldn’t rely on it, because it’s not guaranteed and it’s not permanent and it’s not sufficient. So work hard, fall in love with the writing—the characters, the story, the words, the themes—and make sure that you are who you are regardless of your life circumstances. That way, when the good things come, they don’t warp you, and when the bad things hit you, you don’t fall apart.

Q: You’re a young author—is it your current adult perspective or not-so-recent teenage perspective that brought about the factions in the development of this story? Do you think that teens or adults are more likely to fit into categories in our current society?

Roth: Other aspects of my identity have more to do with the factions than my age. The faction system reflects my beliefs about human nature—that we can make even something as well-intentioned as virtue into an idol, or an evil thing. And that virtue as an end unto itself is worthless to us. I did spend a large portion of my adolescence trying to be as “good” as possible so that I could prove my worth to the people around me, to myself, to God, to everyone. It’s only now that I’m a little older that I realize I am unable to be truly “good” and that it’s my reasons for striving after virtue that need adjustment more than my behavior. In a sense, Divergent is me writing through that realization—everyone in Beatrice’s society believes that virtue is the end, the answer. I think that’s a little twisted.

I think we all secretly love and hate categories—love to get a firm hold on our identities, but hate to be confined—and I never loved and hated them more than when I was a teenager. That said: Though we hear a lot about high school cliques, I believe that adults categorize each other just as often, just in subtler ways. It is a dangerous tendency of ours. And it begins in adolescence.

Q: If you could add one more faction to the world within Divergent, what would it be?

Roth: I tried to construct the factions so that they spanned a wide range of virtues. Abnegation, for example, includes five of the traditional “seven heavenly virtues:” chastity, temperance, charity, patience, and humility. That said, it would be interesting to have a faction centered on industriousness, in which diligence and hard work are valued most, and laziness is not allowed. They would be in constant motion, and would probably be happy to take over for the factionless. And hard-working people can certainly take their work too far, as all the factions do with their respective virtues. I’m not sure what they would wear, though. Overalls, probably.

Q: What do you think are the advantages, if any, to the society you’ve created in Divergent?

Roth: All the advantages I see only seem like advantages to me because I live in our current society. For example, the members of their society don’t focus on certain things: race, religion, sexual orientation, political affiliation, etc. I mean, a world in which you look different from the majority and no one minds? That sounds good to me. But when I think about it more, I realize that they’re doing exactly the same thing we do, but with different criteria by which to distinguish ourselves from others. Instead of your skin color, it’s the color of your shirt that people assess, or the results of your aptitude test. Same problem, different system.

Q: What book are you currently reading and how has it changed you, if at all?

Roth: I recently finished Imaginary Girls by Nova Ren Suma, which I would call “contemporary with a paranormal twist,” or something to that effect. It’s about a girl whose sister has a powerful kind of magnetism within the confines of a particular town, and how their love for each other breaks some things apart and puts other things back together. It was refreshing to read a young adult book that is about sisterhood instead of romance. It’s one of those books that makes you love a character and then hate a character and then love them again—that shows you that people aren’t all good or all bad, but somewhere in between. Imaginary Girls gave me a lot to think about, and the writing was lovely, which I always love to see.[2] 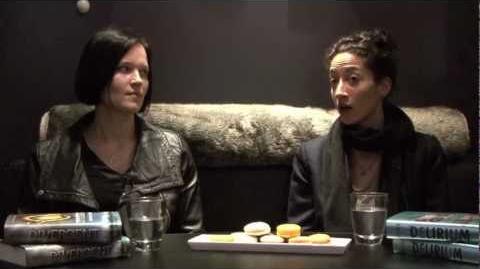 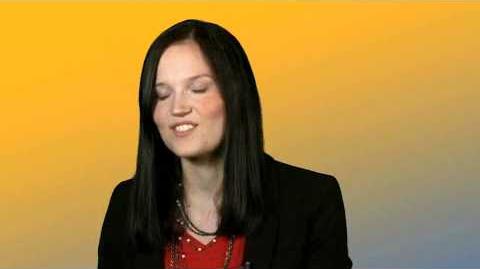 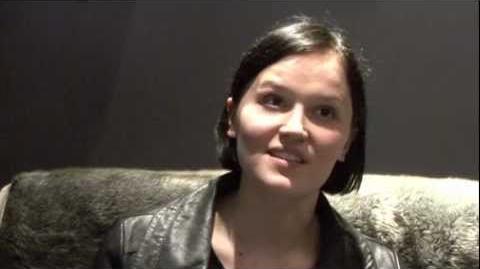